(please right click on the link below to open the suggested background music for this evening’s treatise in a new browser window.   Proof positive that John E. from The Who could write some damn fine music)

Spent Friday evening with a friend who recently visited New York City, visiting Ellis Island as part of her trip.   A grade school teacher made us memorize Emma Lazarus’s poem The Colossus, engraved on the other island in that harbor, at the base of the Statue of Liberty.  “Give me your tired, your poor, our huddled masses yearning to breathe free.  The wretched refuse of your teeming shore.  Send these, the homeless, tempest-tossed to me-I lift my lamp beside the golden door.”

One of the finest examples of consonance as a poetic tool is Edgar Allan Poe’s The Raven.   Sitting there at his desk, all hopped up on true old school absinthe and pinot noir, Mr. Poe gave us the one of the finest examples of despair being the absence of hope.   The motif is throughout the poem, especially in the following verse:  “Other friends have flown before -On the morrow he will leave me, as my hopes have flown before.”

Sunday, Nelson Mandela opened the final match of the World Cup by cruising around the pitch in front of the word and 80,000 fans just outside of Soweto.   Almost one billion people watched a man imprisoned for twenty-seven years for his anti-apartheid views ride around smiling in the final match that many never expected to see in that nation.   Was only thirty-three years ago that South Africa’s upper class white males murdered Stephen Bantu Biko.   Rent Denzel Washington’s movie Cry Freedom if you care to see how far South Africa has come in three decades.  Mandela shared a great deal of hope and dignity that he shared with South Africa

Last Monday was the fifteenth anniversary of the Srebrenica massacre in eastern Bosnia.  Radko Maldi and his troops lined up between 7,000 and 8,000 Muslims in a single day and shot them.   They expelled 30,000 more Muslims, raped women and young girls, and destroyed entire villages.  750 recently identified bodies from mass graves were reinterred in Potocari on Sunday.  The remaining eleven million Muslims have rebuilt and carried on with a great deal of hope. 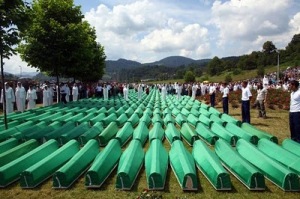 Monday was also the sixth month anniversary of the earthquake in Port Au Prince.   There are still one and a half million homeless folks in Port Au Prince an estimated 350,000 orphans.   Now that the broadcaster vultures are back for a week, we’re seeing interviews and by golly, there’s a still a lot of hope in those smiling faces.   Especially the kids’ faces.

For every one murdering, entitled, trust fund rich kid jackass like Johan Vandersloot, there are a few hundred thousand non-entitled non-jackass kids, well deserving of a chance at finishing a secondary education and entering college.   Had the opportunity to meet twenty-three of them last Friday evening at The Seville Theater in San Diego.  Strong young women with a magnificent analytical acuity.

Twenty-three young mothers who availed themselves of Street of Dreams here in San Diego and choose to finish high school on their own.    Each began by stating their name, their challenge, and their dream…then they read their poems.   Each poem full of hope from young women that have seen things none of us ever has or ever will. 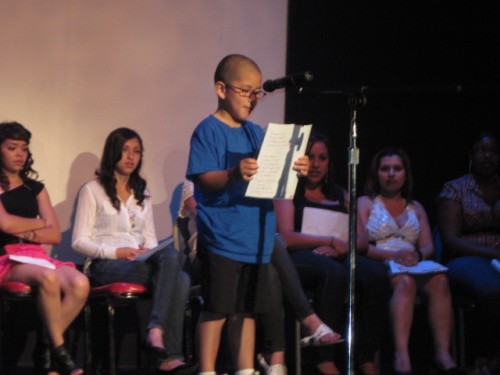 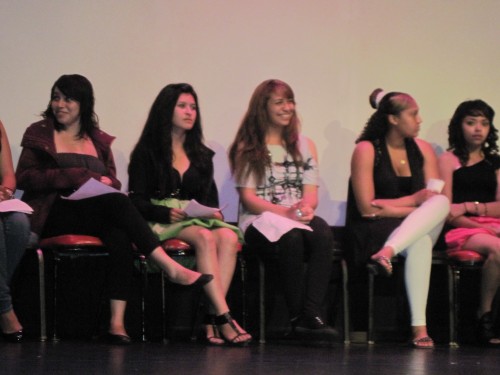 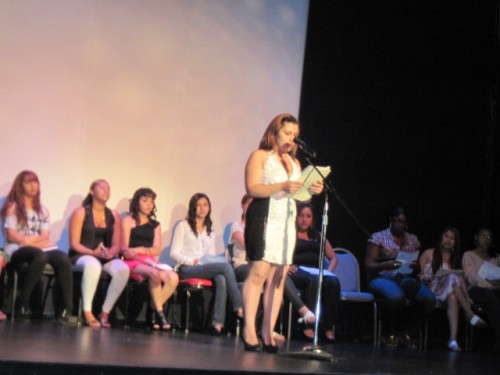 I struggle not to become a statistic

I am someone who wants to become great

I am my own person

I am strong minded

I am going to walk with my head up

I have had a lot of problems

You are not in my shoes

I won’t give up

I am a young woman

I take the blame

Been through so much

I am on my way

Look at the inside

I want you to know who I am

I am a survivor

I am a young mom

Who loves her son

I am a person

Who wants to be loved

……..and at the end of each of their lives is an open door.  Bravo Street of Dreams.   We white, upper middle class males are envious of the hope you bring to the world. 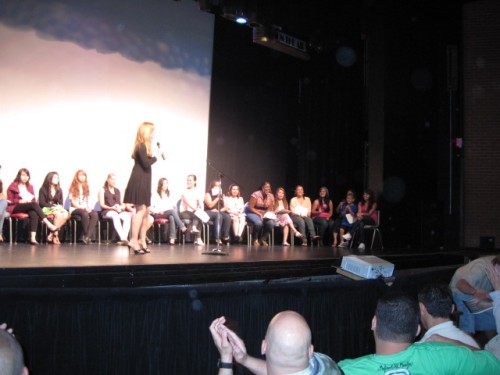 One response to “A Certain Analytical Acuity”