Best Experienced With:   Afghan Wigs;    Can’t Get Enough of Your Love

(please right click on the link below to open the suggested background music for this evening’s treatise in a new browser window.  Chock full o’ soul song for a Thursday night.)

Received a note from an old friend last evening that ended with “Now I will leave you alone and go back to being a mom and hopefully with any luck can try and raise my kids with open minds and the willingness to listen to others.”  Hamsters starting running at full speed.  They ran all day.

Many of us first met the Church of The Latter Day Saints through a wonderful 1973 short film titled Cipher in the Snow.  We watched that film in Catholic CCD class soon after it came out.   Did you see it or read the short story?  Cool flick to watch with your kids if you have any.  If you don’t have any kids, invite the neighborhood over for movie and popcorn night.  Tell the neighbors it’s pot luck and you can eat for free the rest of the week.  You are welcome.

Was thinking about the Cliff Evans character in Cipher in The Snow the other day as RevolutionMuslim.com called for Trey Parker and Matt Stone’s death and as folks coast to coast joked about God striking down the sitting President on their Facebook profile.   Hate and anger are interesting animals.  I speak this from experience, having completed most of my doctoral studies  in anger.  Very seldom do you wish you could take back a compliment or a laugh.  Most of us wish we could take back angry or hateful statements three minutes after they pop out.  Few of us have egos strong enough to take them back.  Most of us unwisely defend an untenable position.  Things escalate.     Boom.

Thought about Cipher in The Snow more this evening as I read about Phoebe Prince’s January suicide.  The young lady from Boston who hung herself after too much bullying from nine mean and nasty kids at school.  That’s a damn shame.  Somehow along the way our youth have gotten mean and nasty.  Some are armed and angry.  Wonder where they are picking that up? 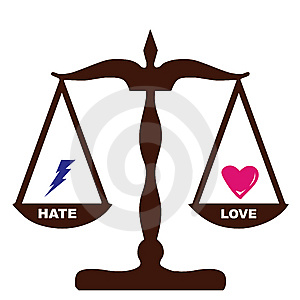 Constitutional Law is fascinating.  Our Constitution may one of the most engaging and well written documents in the universe.  Only twenty-seven changes in over two hundred years of use.  Wonderful document and a group of nine bright folks charged with running our highest and most entertaining appellate court.  Regardless of your politics, most will agree that over a long enough event horizon the Supreme Court makes solid decisions.  The rest are morons.  Just kidding.

The Supreme Court hears both sides, retire to their chambers, take off those hot robes and have what is I imagine a very civil debate on the issue at hand.  Perhaps Hostess snack cakes and ice cold milk are served?  The Court votes and the majority or plurality authors the “winning” side of the vote.  I love when the Court is in session because it is great fun to read the “losing” side’s dissenting opinion.  You want to teach your children to be good people and argue well with others?  Have your children read the Supreme Court’s dissenting opinions. 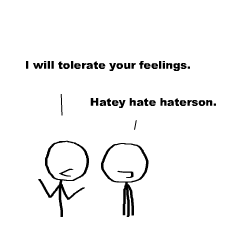 There is certain eloquence in all Supreme Court dissenting opinions.  Our Supreme Court Justices know how to disagree without spewing hatred and vitriol.  There’s also a lot of reading between the lines in the dissenting opinions and reading between the lines is more fun than a barrel of monkeys.  The yapping rat dog haters in the Tea Party movement and yapping rat dog haters inthe newly formed far left wing Anti-Tea Party movement could learn from this eloquence.  Lots of silly yelling and screaming and hate coming from both of those groups these days.

Earlier this week, the Supreme Court struck down a lower court’s ruling that it was illegal for a Virginia gentleman to sell graphic dog fighting videos on the web.   The ruling reaffirmed the First Amendment right to free speech and this gentleman will be allowed to sell his dog fighting videos again this week.  Up here in The Attic we despise those that hurt animals and yet embrace that First Amendment tightly.  Well done, Supreme Court.   I do not hate you:  you were doing your job.  Let’s hug it out.

The two best lines from Supreme Court opinions are “slippery slope” and “have a chilling effect”.  The first is from Lamont v. Postmaster General, the latter from dozens of other opinions.

Hatred is a slippery slope.   Hate and character assasination have a chilling effect upon the reasonable and logical free exchange of differing opinions.  Hate discourages hugging it out at the end.

Should you find yourself being dragged into a hateful debate, get yourself out rapidly so that you may enjoy your day more fully.  De-escalate.  Feel free to use one or all of the following (Mind of Mully patent pending) questions to gracefully remove yourself from a potentially moronic hateful debate.  The fourth, fifth, and sixth questions are best used sequentially in that exact order.

(Miles Iz Ded……..perfect weekend song.  Or, a perfect Tuesday night song if you are investigating twelve step programs yet have not yet found the one that suits your lifestyle.)