See These Eyes So Red……..Part “Tril” of Mind of Mully 2010 Olympic Trilogy 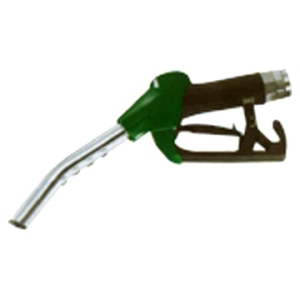 Am somewhat uniquely qualified to opine on the free healthcare for everyone debate for three reasons.  First, I am Irish.  Second, I went ten months without insurance last year and remain, unbelievably, alive.  Finally, I tore my anterior talofibular ligament pretending that I could still play basketball as old man.  Here is what it looked like one hour after I unwisely chose to play hoop as an old man.  Again:  was uninsured, stupid, and I did not ask for anyone else to pay for my poor choice!

Playing hoop was a stupid choice and I would never have asked anyone else to pay for my stupidity.  When we execute the plan below, we will not pay for stupid choices.  For example, if you choose to drink and drive and crash your car into a tree, the police will be instructed to leave you there to bleed out.  As my mom would say….that’s your choice, you deal with the consequences.  If you get lung cancer from smoking?  Same same.  If you choose to eat poorly and not exercise, I’ll pop by for dinner, but you’re going to have to deal with your diabetes on your own.   It’s your pancreas, you take care of your beta cells and they will take care of you.  Not your fault that that I suck at basketball so I healed and rehabbed on my own.  Not my fault if your beta cells don’t secrete insulin any longer so you take care of that on your own.  Brilliant!

Back to the Olympics.

Russia has been bellowing and bowing up this week about their poor showing at the 2010 Vancouver Olympics.  As Kyle and I strolled through the Olympic Village at Whistler Saturday evening we saw Ethiopians and other African nations ruthlessly mocking the Russian athletes.  Was sad, considering the powerhouse Russia was back in the day.  Saw some reports this morning that Medvedev had a little welcoming ceremony in Red Square for the Russian athletes that made the Czar Nicholas and crew basement massacre look like a children’s tea party. 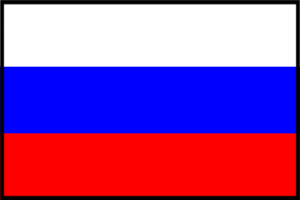 The Russians worry me for 2014.  We will all be playing in their sandbox and those Commies cheat.  For example, who knows what sort of bobsled track they may build.  One of our kids may be cruising down the bobsled track at 87 mph and POOF, their head pops off.   Commies always cheat.  We need to hedge our bets for 2014 and Mind of Mully has the perfect plan.

We are going to buy Canada next week.

Before you naysayers start bleating “nay, nay, nay”, hear me out.  There is a certain magical wisdom to this plan that you will see once the numbers and rationale are ‘splained.  The benefits are far too plentiful to scribble in the allotted twenty minutes.  Here are the top four reasons it makes sense to buy Canada next week.

Here are the numbers and the net present value analysis of Canada’s GDP.  We lent the banks a whole lot of money to get through last year; they can lend us the cash we need to buy Canada next week.  Mind of Mully will run the negotiations because negotiating is fun.  Figure we can get them for just under three trillion and a bowl of soup.  Like any BD person with deal fever over this Canada acquisition, the ROI in my pro formas is really, really, really high And the payback period is ridiculously short.  Imagine that.

Assumptions in the NPV spreadsheet

Finance and M&A folks:  always, always explain your assumptions, no matter how wrong they are or how you falisifed them to get your acquisition through the hoop.  If you threw a dart at a board for your assumptions or used a Magic 8-Ball, don’t share the origin.  More important, please do not ever let me hear you say “well, if we can just capture 2-5% of this market by year five we have recouped our initial investment.”  That sort of logic will get you beaten to death up here in The Attic.  That is the silliest statement in the universe, outside of “Cubs win World Series”.

In conclusion, the primary benefits of buying Canada next week are as follows.  First, we increase our podium time in Russia in 2014 and ensure that The United States of Amerinadia has the most medals. Second, we have enough crude oil to waste that we do not have to suck up to Aziz al Saud and OPEC for at least two years.  Third, we generate incremental, accretive cash flow that we spend on the “free healthcare for everybody” health plan.

Well, not everyone…….just those that deserve it.  Like kids! 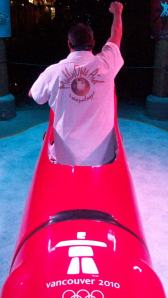 Speaking of kids, here are the two preliminary dates for Mully Opes Aid (Joeaplooza) 2010.  We are going to raise $6K for Street of Dreams on either June 12 or June 19, depending upon the availability of a venue with acoustics and an actual sound system.  Street of Dreams has been keeping kids out of prison in San Diego on a shoestring budget for years:  we are going to augment as much as we can forever.

We will invite Joe Paisley (of course) and whatever incarnation of Marshall Moonshine’s boys that feel like attending.  Joe P and Olin & The Moon will be invited to Mully Opes Aid (Joeapalooza) until the sun burns out and we will welcome them with open arms and malt beverages whenever they can attend.  More details by April 1.

Thanks, Canada….the check is in  the mail.