On Killing the Poor

(this thing was written while listening to “Changes” one hundred forty-three times.     Tupac goes quite nicely with everything.    Always match the proper wine to the meal and the right music to the message.   Please use your dorsolateral prefrontal cortex to read this vignette:  it is fact based.   Save your limbic cortex and emotional reasoning for later vignettes) 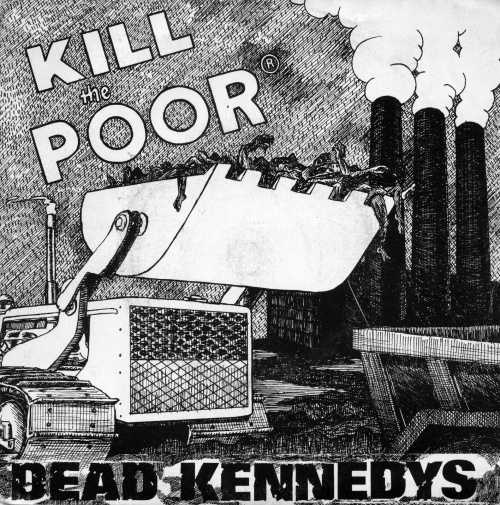 I ate government cheese in grade school.   Although my parents vehemently deny this as fact, claiming it is a false memory, I distinctly recall mom carving up a massive hunk of government cheese and coating every vegetable group she possibly could serve with melted government cheese to serve our six member family.    The cheese looked like this: 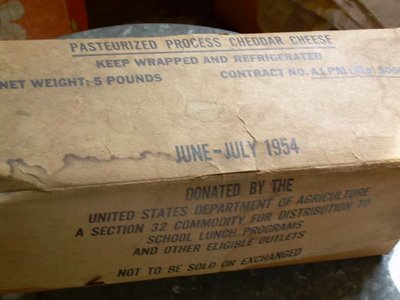 Mom forgot, daily, that one of the four children (me) hated melted cheese on anything……the melted cheese having the consistency of pneumonia snot and the smell of poorly washed athletic shoes and flatulence.  To this day, the only exception I will make to the melted cheese rule is nachos.    Good nachos….not that crap they serve at 7-11 or the ballpark.    I refuse to eat cheeseburgers.   While at the drive up window at In and Out, when I order three single hamburgers (emphasis mine and said aloud into the In and Out box) with only ketchup and fresh onions, and inevitably get the clarifying “do you want cheese on those”, I scream “IF I WANTED CHEESE ON THEM, THERE IS A 99.99999 PERCENT CHANCE I WOULD HAVE REQUESTED THREE CHEESEBURGERS WITH ONLY KETCHUP AND FRESH ONIONS!”  Then, they spit on my food inside, I pay at the first window and pull up to the second window to grab my In and Out bag.   The long-term effects of a childhood with government cheese are debilitating.

Mom believed the melted cheese made the vegetable portions go further.     During those 1970’s recessions, we also had more Bisquick pancake dinners than I care to remember….a story for a different day.     This government cheese was not our family’s only entitlement.  Heck no.   We took full advantage of every entitlement program available.

My father received a weekly $19.00 disability check for breaking his neck and being a quadrapalegic for a while.   We also took full advantage of the following entitlement programs:   college student loans, Pell grants, earned income tax credits and home mortgage deductions.    We Mulligans fully exploited as many entitlement programs as we could.   We suckled at the government breast as often as possible.

Because of these entitlement programs, and because my parents were crafty and ridiculously hard working, we four kids never went hungry.   Outside of the yacht I wanted as an eight year old, we never really wanted for anything, despite my parents’ combined salary, which I doubt ever rose north of $45,000.    Thank God for those entitlement programs.   Whew.

The recent discussions and Congressional vote on Supplemental Nutrition Assistance Plan (SNAP) and the volume of rage building in the nation over all these damn entitlement programs has made my Irish Catholic genetic code extra guilty for the past forty days.   A Robert Smith from The Cure level of shame and guilt.  In return for my abuse of the entitlement programs in my youth, will champion the following program. 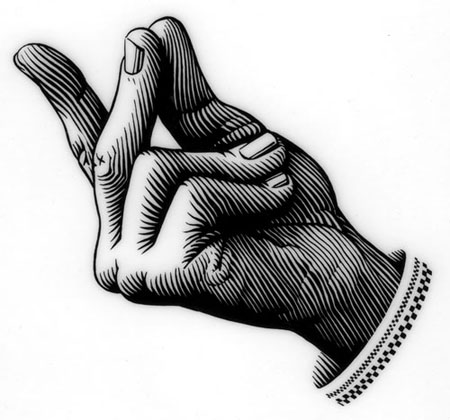 Hahahahahahaha.     SNAP does three things.   The first and most important is to increase the ability of the poor to purchase a nutritionally adequate, albeit low cost, diet.   Most of these families have an annual income of less than $9,000 per year.    Those who argue against SNAP spend $9,000 per month on single malt scotch, manicure/pedicures and private schools for their kids.

Second, and equally important, SNAP is also a stabilizer from the perspective of the American economy. Because the number of families getting benefits increases as unemployment and earnings fall during economic downturns, the program serves the Keynesian function of boosting spending during a recession, which in turn stimulates the American economy at a moment when stimulus is needed. The SNAP program fills both of these stabilizing functions automatically without the need for more legislation because of its open-ended entitlement funding.

Here’s what SNAP outlays looks like on a graph, for the Twitter readers and the illiterate.     SNAP outlays dead on track the economy…hence the increase in spending since our GOP lead crew chose to get into two wars and repeal Glass–Steagall Act of 1933…thereby allowing the banks to despoil and pillage our economy.      This is why the number has been going up. 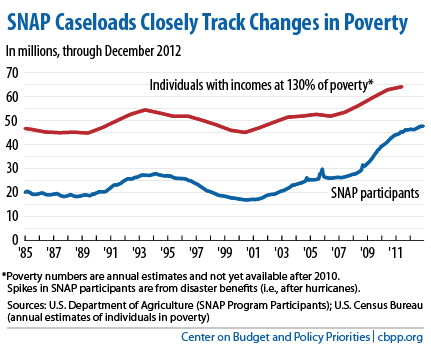 If/when we kill the poor, we will also achieve significant opportunity costs.   Our entire society will be able to toss aside this endless discourse on entitlement programs and spend our days on more important things.   Like fantasy football and origami.    Instead of making ignorant memes about those on these bloated entitlement programs using their food stamps to buy drugs and blindly posting/sharing these memes all over Facebook, we’ll have more time to prove the Riemann hypothesis.   Then, we can time travel!   Bottom line is if we kill the poor, we’ll have a lot more time on our hands to work on the things that truly matter.

And never mind about that social contract crap.  It should not get in the way of us killing the poor.  Social contract theory, nearly as old as philosophy itself, is the view that persons’ moral and/or political obligations are dependent upon a contract or agreement among them to form the society in which they live.  Socrates rapping with Crito…yadda, yadda.  However, social contract theory is rightly associated with modern moral and political theory and is given its first full exposition and defense by Thomas Hobbes.  After Hobbes, John Locke and Jean-Jacques Rousseau are the best-known proponents of this enormously influential theory, which has been one of the most dominant theories within moral and political theory throughout the history of the modern West.

And we will not allow Luke 6:38 “(give, and it will be given to you: good measure, pressed down, shaken together, and running over will be put into your bosom. For with the same measure that you use, it will be measured back to you”) stand in the way of killing the poor, or at least starving some of them to death.   Although there are many who attend church every Sunday who will say that giving to others is the most spiritual act you can do.   They’re full of crap, as well.   We should only use the Bible and the things we hear every Sunday to support our position on things like abortion and those pesky gay people wanting to get married.    Not when it comes to sharing our money with those needy poor people.

Panera Bread CEO Ron Shaich  (made $4.4M last year, went to Harvard, also founded and ran Au Bon Pain  is spending a week trying to feed himself on $4.50 a day.  He took the challenge, as many other have, to find out what it’s like to live on food stamps.   26 Democrats in Congress are also taking the SNAP Challenge.  No Republicans.  You can read about Mr. Shaich’s experiences living on $30 per week here:

Mr. Shaich, the older of two children, grew up in Livingston, New Jersey, outside of Newark. His father was an accountant and his mother a homemaker.  The family ethos held that, in order to have a good life, you needed to make the world a better place. That meant politics to Mr. Shaich, who majored in government and psychology at Clark University in Worcester, expecting he’d go to law school afterward.  In 1974, toward the end of his sophomore year, he and a friend were tossed from a Store 24 near campus, which Shaich says was mostly the result of words exchanged with overzealous security.  Shaich, who was treasurer of the student council, proposed that the students start their own convenience store, funding it with a $20 to $30 charge for each student. Clark officials were lukewarm to the idea, but the student body went for it. Shaich spent the summer between his sophomore and junior years getting the store up and running and it ended up being a solid success.     Mr. Shaich paid for his own college, worked non-stop from the age of twelve on, and bought his own first car.

Not only is Mr. Shaich (again…he made $4.4M last year) learning what it is like to live on food stamps, he also started Panera Cares in 2010 to provide a dignified dining experience for those in need, in an uplifting environment…. regardless of their means. It is Panera’s way of “sharing in the responsibility and making a difference in the world we all share”.   Again, more of that stupid John Locke, Hobbesian social contract nonsense.     You can find out more about Panera Cares here: 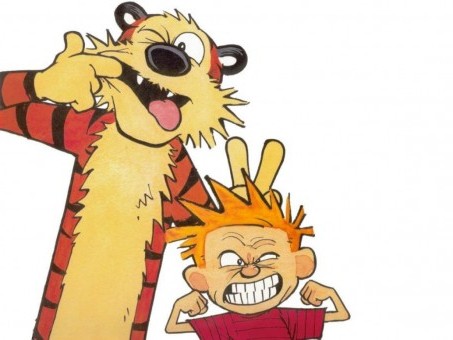 If you answered “yes” to any of those three questions above, you are no longer permitted to ignorantly scream about all those damn poor people getting fat and happy off of our entitlement programs.   Primarily because you lived for the first 21 years in your own mommy and daddy sponsored entitlement program.    If you would like to rejoin the gnashing of the teeth discussion on all these damn poor people getting fat and happy of our entitlement programs, you may rejoin by taking the SNAP Challenge and living on $4.50 per day for twenty-one consecutive days. 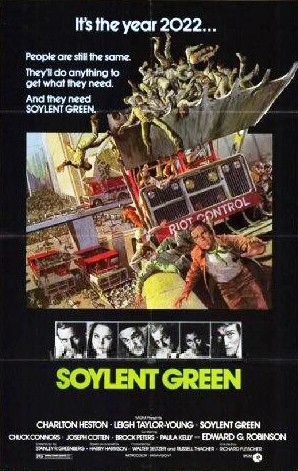 Back to killing the poor.    Should we choose this route, we have a final benefit.   We can take the Soylent Green route and repurpose all those deadbeats.   And we won’t even have to worry about Charlton Heston ratting us out…..screaming “Soylent Green is  people!” 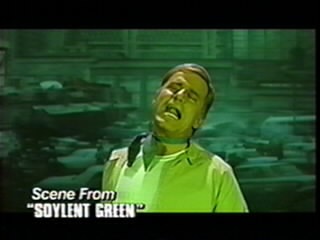 Because Charlton Heston is dead.   Laying there in his coffin, holding an AR-15 in his cold dead hands.